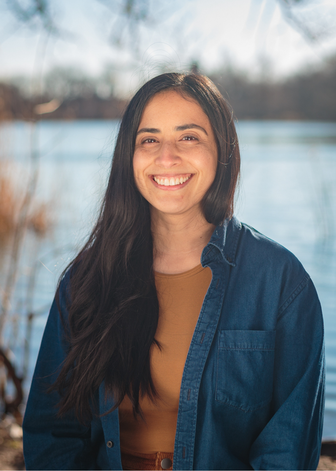 Melina was born in Colombia to Chilean and Puerto Rican parents. She grew up traveling the world, playing outdoors, and picking up languages as she went. She is a parent to two bilingual children.
​
Melina has over a decade of experience supporting families and teachers in and out of the classroom. She teaches graduate courses in child development at Bank Street College of Education, from which she holds dual degrees in Infant and Family Development and Early Childhood Education. She is a partner in Premier Pediatrics' First Month Project and a contributor to Motherly. Melina teaches classes on child development for parents and educators. She also offers comprehensive, approachable private or employer-sponsored consultations.

NIDO was born out of my desire to create a space where my daughters could connect our home language to a larger community, to the joy of exploration, and to a shared experience of discovery. 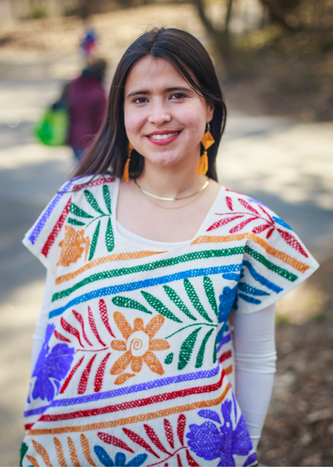 Paulina was born and raised in Mexico. She spent her childhood days covered in dirt, climbing trees, and wandering at the park making friends all over the barrio until it was dinner time. She had the opportunity to study abroad in the U.S. and decided to embrace the adventure making it permanent.

Paulina holds a Bachelor 's degree in Psychology from the Universidad Autónoma de Nuevo León and has continued her education with courses in Neuropsychology and RIE (Resources for Infant Educarers). She began her career as a child therapist assisting underprivileged children impacted by the drug war in Mexico during the early 2010s, and has worked as a school psychologist, preschool teacher, and caregiver.

She is a strong advocate of unstructured child-led play, playing in all weather and believes children deserve spaces where they are approached with curiosity, compassion  and unconditional love. In her free time she enjoys taking care of her indoor jungle, cooking Mexican food, treasure hunting at thrift stores, and taking long walks with her husband Adrián.

After attending school on Long Island, she returned to Chile for university, and spent her early adult years nurturing her lifelong interests in the natural world and in child development.  She attended Universidad de Valparaiso where she attained a Bachelor’s degree and later a doctorate in Marine Biology and Biological Oceanography.  And alongside her studies, she spent time working at an outdoor primary school, helping six and seven year olds to make sense of the world around them.
Since moving back to New York in 2015, she has continued developing her two main passions.  She has organized environmental studies workshops for children in Elmhurst and Corona and worked closely with children in one-on-one settings. She also works as a marine biologist at the United Nations, with recent projects focusing on changes to algae and salinity levels.

She envisions NIDO as a space that perfectly combines her interests, and that can offer a unique outlet to children who might share her passion in understanding the natural world.

Natalia Muñoz Durango
She/Her
Assistant Teacher
Natalia Munoz Durango is a Multi-disciplinary Arts Educator and activist with a diverse and eclectic background.  Born and raised in Colombia, Natalia has always been fascinated about diversity, culture and tradition.  She has trained in Afro-Brazilian, Haitian, Capoeira and several Afro-Colombian rhythms.  Her understanding and love for arts education is inspired by her own experience as a child.

Natalia strongly believes in the power of the arts as a vehicle for social justice and  has conducted extensive research on themes of racial justice, cultural equity and inclusion.  Natalia is currently a recipient  of the 2019 Innovative Cultural Advocacy Fellowship at CCCADI (Caribbean Cultural Center African Diaspora Institute.)  In addition, Natalia is strongly committed to bringing participant centered arts programming that is inclusive to communities that have been underrepresented and historically oppressed as a tool for healing and social change 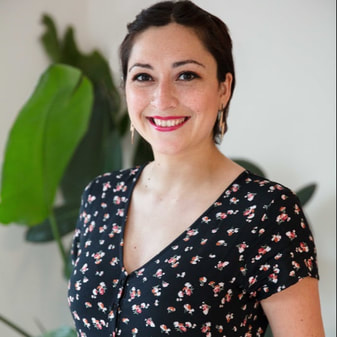 Carolina Andrea Lamiell, B.S.Ed
She/Her
Assistant teacher
Carolina was born in Chile and moved to New York five years ago. She attended the University of Playa Ancha of Educational Sciences in Valparaíso where she obtained her degree as a professor of History and Geography, in addition to her bachelor's degrees in education and history.

She has more than ten years of experience in the education of children and adolescents. Before moving to New York, she spent her days teaching in the classrooms and doing historical research. Currently, she is doing her training as an E.L.E teacher and works with children in their early childhoods, especially around their immersion in the Spanish language.

Carolina is also a musician and singer. As an educator, she has applied her musical knowledge to her daily work with children.Carolina sees in NIDO a free space where children are respected in all their dimensions. She believes that the freedom and respect we have around their autonomy, feelings, and desires is essential to their growth and the way they will face the world.